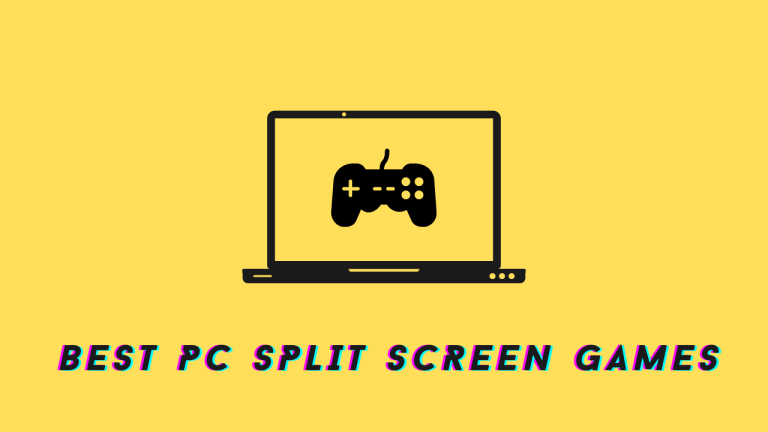 These split-screen games have been highly acclaimed by renowned games. Let’s just directly jump to the list:

It is a game that was released way back in 2008. The game was made available for Xbox 360 at that position only in 2012 it could be played on PC too. It became a cult classic within a short period. Some people love to play games with a retro vibe and Castle Crashers is the go-to game for such gamers.

It has great RPG elements and progression. Four users can play this game at once. You can play with one another or go to the battle arena to have a fight amongst each other for bragging rights. The scope provided by the game is huge.

2. Lovers in a Dangerous Spacetime

It is one of the best split-screen games for PC for many reasons. From adventure to imaginative battles to frantic action in space, Lovers in a Dangerous Spacetime has got plenty to offer to you. When you use the local co-op mode, you can play with 2 to 4 players in it. We don’t know how things work in space.

With this game, you get a unique version of exploring the vast expanse of the galaxy in a huge neon battleship. You would need the assistance of other people to control the battleship. You don’t have to take it too seriously, it is a fun yet engaging game to pass some quality time. Just download and install this application for a price of $14.99.

When we talk about the best split-screen games for PC, it would be difficult to keep out a shooter game from the list. We are not talking about a normal shooter game here. We are talking about Screencheat, one of the most popular split-screen games of all time. Everyone will be invisible from each other’s screens in this game. So the task is to look into your opponent’s screen to shoot them.

Yes, you will have to cheat to find your way out with a win. The idea itself sounds extremely entertaining and engaging. Pay a price of $14.99 and you will have a split-screen PC gaming experience of a lifetime.

If you want to play a game that’s rich in graphics, this has to be one of the best PC split-screen games. The great thing about A Way Out is that it is designed around teamwork and a split-screen display. It was launched by Hazelight Studios in 2018 and the game has become a raging success.

The goal is very simple in A Way Out, you have to try to break out of prison and elude the authorities. It has got insane gameplay and the plot is gripping and cinematic. You might have played various games with your friends on PC but there’s nothing like this action adventure.

It is one of the best co-op games for PC. It is a fascinating split-screen experience where you have to do some unique tasks. You need to run a kitchen here and the number of customers is going to keep adding on as time passes on. The goal is to satisfy each one of them and prove your efficiency.

Since you can play this game along with your friends, there will be no boring moments while the game is on. It also supports an online multiplayer version too. So if your friends are in a different area, it’s no big deal. You can still play the games along with them by turning on the online mode here.

Do you like playing mission games? Less 4 Dead 2 is a very quality game in this genre and the best part is that it is a split-screen game too, just what the doctor ordered. The split-screen version is not available by default. You will have to work your way up to have the best split-screen gaming experience on your Windows PC.

There’s a custom menu available on Left 4 Dead 2. With this menu, you will be allowed to lock and load two people locally. The task is to kill the ravenous zombie hordes under the same roof. When you will come along with your friends for this mission, the task will seem relatively easy.

Have you played “Don’t Starve”? It is a survival video game developed by the Canadian indie video game developer Klei Entertainment. It is well known for its graphics. Don’t Starve Together is a different version of the same game. This version can be well regarded as one of the best PC split-screen games.

The name suggests what you have to do in the game. You don’t have to starve to death and that’s your primary goal here. For that purpose, you will come along with your friends to explore the island. The island has got a wide scope and you have to gather resources and food here. You also need to build a shelter for yourself.

Talk about over-the-top action, Serious Sam 3: BFE has to be one of the best PC split-screen games. You will have to face a huge bunch of enemies all at once. So the goal is to run through those enemies and survive further in the game. It is violent, frenetic and fun all at once.

When you run the single-screen mode, the game is very enjoyable. But if you turn on the split-screen mode, the entertainment is going to increase multifold. It will allow your friends to come along and get rid of the enemies.

We have talked about different games on this list and most of them are very enjoyable on a single screen too. Sonic Adventure 2 however is meant for the split-screen experience. It’s a story of the battle against heroes and villains and you are tasked to save the world.

The task is very over-the-top and so is the gameplay of Sonic Adventure 2. As you move on in your journey, you will have to face opponents such as Dr Eggman and Rouge. You can choose to be either Sonic, Tails or Knuckles and run through your opposition.

This one is quite similar to Road Rash, a classic motorcycle game that had much more to offer than just racing. Road Redemption is on the same lines, it provides you with an opportunity to race while bashing your opponents. It has got different modes and features so that you never get bored of playing it. The graphics are a visual treat too.

We have listed some of the best PC split-screen games here. These games come from different genres with different gameplays. The only common point between them is the fact that they can be played in split-screen mode, something that gamers cherished in the past!