Emulation has existed for a very long time almost since personal computers started going mainstream when people just wanted to play games that were only available on consoles on their PC. As of today, people want to play their favorite games they liked as a kid for the nostalgic value or just the sheer fun. There are still quite a few Xbox one emulators out there that can run a fairly limited list of games. 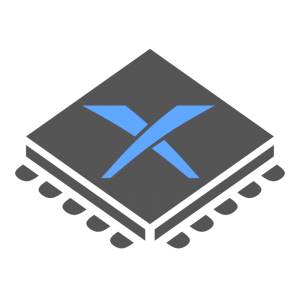 Xenia is an open source project that aims at bringing the Xbox 360 experience to PC. It’s one of the very few Xbox 360 emulators that have shown significant progress. It has a lot of potential due to its open source nature with a lot of people contributing to the project. There’s a wide range of games it currently supports with over 50 titles.

So far, it has been one of the best if not the best emulator for Xbox. Interestingly, they have been able to get the original Red Dead Redemption to work properly recently but keep in mind you need a lot of horsepower to run it.

CXBX was one of the first Xbox One emulators for PC if you want to run Xbox games. It has been in development for over a decade and has been able to run some games.

It can run Xbox One classics like Turok: Evolution, Robotech Battlecry and Futurama. But its 32-bit limitation made it quite limited. The Reloaded version(called CXBX reloaded) finally addressed the issue but had a lot of issues getting games to work.

Dxbx is based on CXBX but is quite different in many ways. It has been around since 2008 or so, and is a port of CXBX to the Delphi programming language, and makes use of Direct3D8 engine. It was arguably more polished than CXBX, it can run games like Gauntlet: Dark Legacy and Smashing Drive.

It’s a very promising project that has shown a lot of progress and is worthy of being in our list of Xbox One emulators for PC.

This emulator was based on a pre-existing emulator called QEMU, hence the name. The project has shown significant progress over the years. It’s a capable emulator that is able to run Xbox games like House of the Dead III.

It’s one of those Xbox emulators for PC that are constantly evolving and are showing progress, and hopefully, it will be able to run a wide range of Xbox games on PC in the near future.

EX360E is one of those experimental Xbox 360 emulators that have shown promise, it can emulate both Xbox 360 and Xbox One games. It has a good graphical user interface that makes it easy to use and doesn’t require a virtualized environment to run games.

It’s definitely worth checking out if you have been looking for Xbox One Emulators for PC since it’s one of the best ones out there.

Another Xbox 360 emulator in our list of Xbox emulators is BOX emulator. It’s one of the best emulators out there and can run Xbox classics like Crackdown 1 / 2, Alan Wake and Ace Combat 6. Be sure to check this out if you want to play your favorite 360 games on your PC. The whole process is quite simple due to it user-friendly interface.

Xeon was one of the first Xbox One emulators out there.  It was also the first emulator to be able to run Halo. But it wasn’t very user-friendly due to the lack of a graphical interface. Though not being open source made the development slow and it was only ever able to run the original Halo.

The development of this emulator has been halted but it’s still something you should check out. You can download it for free from its official site.

And a worthy addition to our list of Xbox Emulators for PC is Open Box. It is a hybrid emulator making use of both CPU and kernel emulation. This emulator doesn’t have any running games but has a huge potential.  You should definitely keep track of this emulator since it might become one of the leading emulators in the near future.

We have talked about 8 such emulators in this post and while not all of them can run every Xbox One and 360 game, they have seen significant progress and they might just be able to run the game you have been looking for. So, at the end of the day, it’s up to you what emulator best suits your need.