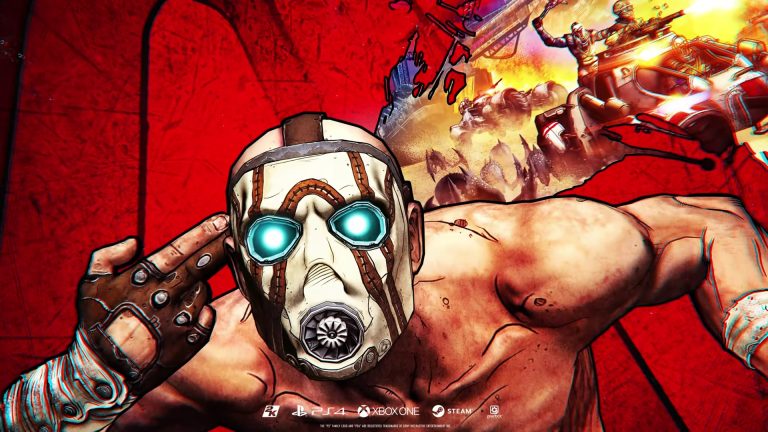 Here, we will go through Borderlands 1 Characters List. Borderlands 1 is a unique and popular first-person action shooter game praised for its amazing mechanics and style. The game’s core premise is very simple: kill, loot, repeat! Even the plot of Borderlands 1 is pretty straightforward.

The story revolves around a group of four “Vault Hunters”, travelling to a distant planet named Pandora in search of the “Vault”, rumored to contain highly-advanced technology and other riches.

The game received critical acclaim upon its release and became a smash hit. Borderlands 1 has everything you would want in an adventure FPS RPG, from unique skills, weapons and credits to elements of survival, alien wildlife and an engaging plot. This brings us to the question: Who is your favourite Borderlands 1 character?

We have compiled a best Borderlands 1 characters list to review some of the fan favourites and what makes them so popular, but which is your favourite character on our list? Continue reading to find out!

As we previously discussed, the story of Borderlands 1 revolves around the Vault Hunters who are in search of the vault. The mission of the Vault Hunters is to hunt and survive by killing bandits and alien wildlife while stopping another corporation from reaching the vault before them. Every vault hunter has a special skill that makes them unique. Let’s get to know them one by one.

This makes Roland an all-round character and ideal for players who prefer playing and hunting solo. Roland has all the abilities you would expect from someone belonging to the soldier class. From survival instincts to fighting competency and all the knife, rifle, sniper, and precision attacks, Roland has the perfect combination of offence and defence in his arsenal.

From a storyline point of view, Roland is an ex-military officer of the Atlas Group who left the corporation when its executive tried to kill him. He is from the planet Promethea, and Atlas records state that he was honourably discharged from the Crimson Lance. Roland dates Lilith in between the game.

Roland and Lilith travel to Elpis and encounter Jack, who asks them for help against Colonel Zarpedon. While initially hesitant, the duo agree to help him once they realize the true danger behind the attacks.

Roland’s skills are also beneficial in healing the other vault hunters. This makes Roland the first character on our best Borderlands 1 characters list.

Next on our best Borderlands 1 characters list is Mordecai the Hunter. Just like Roland, Mordecai is also a solo player but has different techniques. His unique ability is called The Bloodwing. It allows him to kill long-range targets. Hence, the title of The Hunter! Like Roland, Mordecai is also well-equipped with guns and rifles. Mordecai has been an exceptional sharpshoot since his younger days. He is a warm, welcoming and excellent team player.

He is from the planet Artemis and has an older sibling, although not much is known about them.  His special ability, Bloodwing, is capable of causing a lot of destruction. Bloodwing’s upgrade leads to increased damage and speed. However, Bloodwing is more suitable for close combat than long-range sniping as it has a limited attack range. It is interesting to know that Bloddwing never attacks the same target twice in a row, which can be useful under certain circumstances.

Lilith the Siren is the third character on our best Borderlands 1 characters list. She is the only woman in the Borderlands 1 character list. Her unique ability, Phasewalk, allows her to turn invisible and escape from enemy attacks. Phasewalk has a duration of 6 seconds and a cooldown of 36 seconds. Upon entering/leaving Phasewalk, a shock wave is created that can kill enemies around her.

Phasewalk is highly useful when Lilith needs to sneak in or out of hostile groups. Her versatile fighting style allows her to plan elemental attacks that can create many invasions if used carefully. Lilith belongs to the planet Dionysus. She is one of the six remaining Siren.

From the story’s perspective, Roland and Lilith go to Elpis after defeating General Knoxx. There they meet Handsome Jack, who asks for their help. Lilith comes to Pandora in search of the other remaining sirens and to learn more about her potential in magical powers. Lilith operates as a close-range striker and has a class mod that enhances SMGs. She is excellent with Elemental attacks.

Brick the Berserker is the final character on our best Borderlands 1 characters list. Brick’s unique ability is named Berserk Mode. It allows him to wipe out large volumes of the enemy and is highly dangerous.  The screen goes red during Berserk mode and is also upgradeable via the skill tree. Berserk mode triggers an artificial speed boost. The downside of this destructive ability is that it leaves him vulnerable to enemy attacks. Brick is equipped with grenades, rocket launchers and all kinds of weaponry. Moreover, he has the ability to absorb attacks. His skills enhance his kamikaze character.

Brick has one of the most intriguing backstories in the game. He is from the planet Menoetius and is one of the founding members of the Crimson Raiders. The Crimson Raiders exiled him due to his violent nature. He is popularly known as “The Slab King”. Brick is ideal for close-range combat as he is a potent brawler. He can withstand heavy damage. Brick’s motive behind coming to Pandora is to search for his missing sister. And hence, we think he is one of the best Borderlands 1 characters.

With that, we conclude our best Borderlands 1 characters list. Every Borderlands 1 player has a unique ability that gives them an edge over the other characters. With Lilith, you can access the power of invisibility, while Roland’s Scorpio Turret allows you to efficiently attack and save yourself from enemy attacks. Mordecai’s Bloodwing can save the day with its long-range precision.