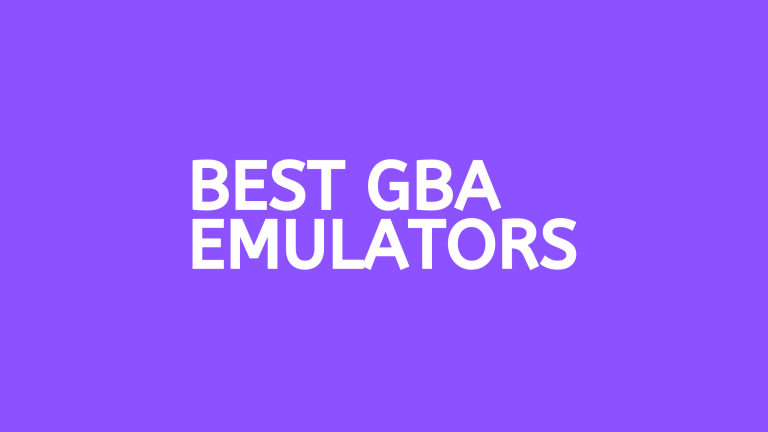 In this post, we will discuss the best GBA Emulators for PC. The world of gaming has evolved, and man, what an evolution it has been. From using both of the hands to be able to game to the touch-screen and sensor games, we have all come a long way. Through the development of this period, we have left behind a lot of consoles that used to be our favorite childhood memory.

The moment we think about those games and the consoles, there is that sweet and relaxed memory that brings us back to the golden days. One such console among those lost gems is Game Boy Advance, which was developed and manufactured by Nintendo. 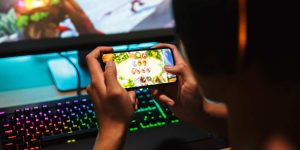 GBA was a 32-bit handheld console that encompassed so many fascinating games but as the saying goes, all good things must come to an end. GBA, the successor of the Game Boy Color, was released as the sixth generation of video gaming consoles in the year 2001. The console might have been long gone, but there are tons of people who long to play those games but they don’t have a medium now.

To ease things further, we bring to you the list of some of the Best Windows 10 GBA Emulators that take you back to the dewy-eyed days and let you re-live the special memories. With these emulators, you will be able to play any GBA console game there was on your Windows 10 PC.

Known to many as the best GBA emulator for PC, mGBA Emulator just eases things up for you and makes the process as simple as possible. It allows you to play any GBA game you can think of and all of that quite smoothly. The emulator is of brisk speed and can run low-end hardware games easily. You wouldn’t even have to make any adjustments to the preciseness or the portability.

With the mGBA Emulator, you will be able to override the game and allow the ROM patches. There are also patches for the games that you might have a hard time playing. For the short-cut-takers, there are quite a few cheat codes in the emulator and what’s more? You will be able to save the game at any point in time you wish to.

RetroArch is somewhat different from the other emulators and that’s the reason for it to quality in our list of Best Windows 10 GBA Emulators. With the RetroArch, you will be able to play with the cores of various systems, allowing you to play the games from Nintendo 64, Game Boy, PlayStation, etc. Before you do this, though, you would have to download the individual core for which you wish to play for and then you can proceed.

The features it possesses make this emulator the top contender for best GBA emulator for PC as there are modes like slow-motion, fast-forward, netplay, etc. There is a rewind feature in the gameplay as well that allows you to go back a bit in case you commit any error. The cheat codes are also available with this emulator and you can also come up with a different gamepad if you wish to. There are no concerns about loading or saving as games can be saved at any stage.

Higan finds a spot in our list of best windows 10 GBA Emulators because it is an emulator that allows playing games even when there is low hardware specification. You wouldn’t have to worry about the specs as the games can be played easily. It is very simple to use this emulator and it can be customised any way we wish. It does not only allow you to play the GBA console games but you can also re-live the games from Sega Master System, Famicom, etc.

Higan GBA Emulator is not high-end but definitely performs like one. It can be set up in very few and basic steps. All of these pros do come with one con which is that if the system requirement is improper, it can lag at times.

Old is definitely gold and the games we used to have were everything we wanted then. Although, now that we see it, the graphics of those games were not up to the mark. The quality of gameplay was undoubtedly fascinating but the graphics needed some work. With the GB Enhanced+, you can turn the old games into 3D games. Although, unlike other emulators, there are no saving and cheat code features, and still it can be considered as the best GBA emulator for PC.

GB Enhanced+ also lets you play the games from the GBC console so you will have the best of both worlds. 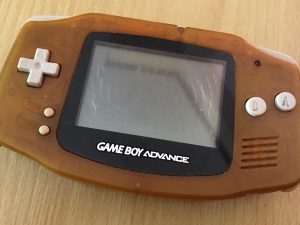 VisualBoy Advance Emulator is yet another excellent emulator, allowing you to play the GBA console games. When the emulator came new into the market, it used to lag a little although, with some improvements, the emulator is one of the best Windows 10 GBA Emulators now.

With this emulator, you will feel there is something different about it. The experience and the gameplay are quite smooth. This emulator supports new as well as old operating systems as it gets new updates on a regular basis. You will keep receiving news and updates about the emulator and all you have to do are keep up with it for an even better experience. Gameplay can be recorded and you can also take screenshots of particular moments in the game. The cheat codes, without saying, are supported in the emulator as well.

When you are looking for something and you find it, it’s a great feeling but when you find something that helps you, even more, you have hit a goldmine. And Mednafen is the goldmine of the emulator world. Mednafen is the contender for the best GBA Emulator for PC as it not only supports GBA but many others such as Sony PlayStation, Super Nintendo Entertainment, Sega Master System, etc.

Although this has a command-life interface so you may find this harder at first you will get used to it. There are some additional features such as full-screen mode, support for Joystick, taking the screenshots during the gameplay in PNG format. You will also be able to assign various physical buttons to a virtual button.

If you are not going for something too advanced, BatGBA is the emulator for you. With BatGBA, you will be able to play any GBA games on your PC with ease. It is considered to be the simplest GBA emulator available out there as it does not have advanced features but still works great. It does not use much of your space either and can work without complications on low-end specs.

BatGBA can be set up in very few easy steps and you will find no difficulties using it. It allows you to play all the GBA games, whether they are commercial or non-commercial. BatGBA is your best bet in case you are looking for something simple. 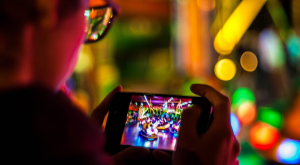 Yet another free emulator for GBA games that will help you along the way. Originally, it started for Windows 98 platform but with time, it is now able to run on all the Windows platforms. The best thing about this emulator is that it takes up very little space and yet performs the finest.

There is additional sound support in the emulator and the graphics are attractive as well.

With this list, you can find your own Best Windows 10 GBA Emulator that will allow you to run all the GBA games you have been wanting to play. All this time you would have missed playing the games that you wanted to but no more waiting. Live your nostalgia the right way and play whatever you want to.

There are many additional features that can be customised in these emulators. You won’t be able to just play the GBA games but you can also put your own creativity into them.