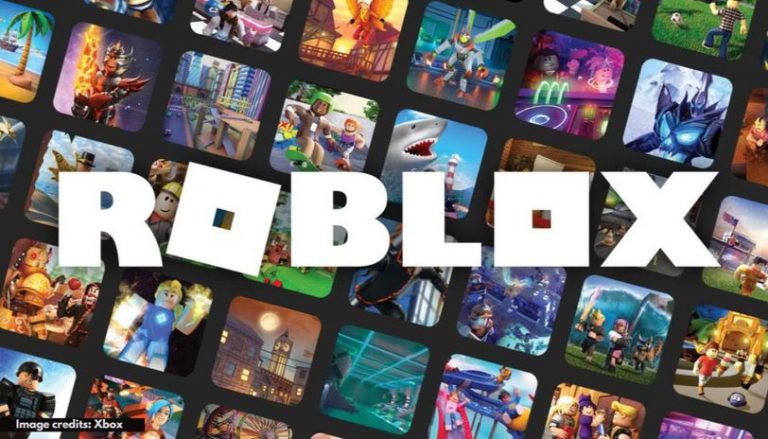 Gaming is for entertainment which you cannot impose on. So to keep the entertainment consistent, it is essential that the interest in the game is strengthened with each level. This can be achieved when the game provides you the freedom to be creative, let your imagination fly, and have all the tools for an interesting game.

ROBLOX is exactly what every gamer needs to keep it glued to the game. It has been entertaining people since 2005 and has approximately 115 million active gamers per month. This itself proves its popularity.

If you are done with ROBLOX, there are thousands of games similar to Roblox that gives you the same level of freedom for creativity and enjoy your gaming world.

Here is the list of twelve Fun games that are like Roblox that you can find online and are safe to play:

Minecraft is considered to be very popular in the sandbox genre. The user has to construct buildings in the Minecraft world. Unlimited resources are available to create a base and build. There is an infinite terrain in the 3D world. Along with all this, you have to explore and collect minerals, mine, craft items, combat and build your own world

The monsters appear here and there. And you need to fight them to protect your world.

Terasology a free online game is an open-source game. It has a fabulous sandbox combined with other exclusive features of different genres.

This game is Minecraft and Roblox similar games having lots of features inspired and in common with the games. The users create and craft their world for other users to visit and explore

This is an MMO that is Massively Multiplayer online is sandbox fun games like Roblox. To jump to the next level you have to battle with several players. There is a limitless world in the Hub area, that allows you to build your own home called the cornerstone.

On the launch, Trove provides two classes namely Dracolite or Knight having its own power-ups and stats. It has a wide variety of rewards, crafting material, items that can be customized at your own will.

This is a free version of the game

CastleMiner Z is entirely similar games to Roblox and Minecraft and a sequel to Xbox Indie Title Castleminer. In fact, one can say it is a replica inspired by these games.

The user can create tools and weapons from scratch and also build structures for protecting themselves.

However, if you are more of a creative person, then you can opt for creative mode instead of survival mode to craft and create in peace

This is one more splendid Roblox like games having a very fun and unique way of modification to the game mechanism. There are no predefined set goals, plots, or objectives in this game. The users are free to manipulate and create their version of the game.

A full movie can be created from this game. The best example is the Half – Life 2 is made entirely through Garry’s Mod.

This game lets you do precisely anything you can imagine digitally right from spawning items, props, characters, etc

This is just another free version of a game like Roblox. This game takes you to a beautiful adventure of building a castle. The players are allowed to build their castle with as much creativity as they can, using one cube at a time. This adorable journey includes building enumerable structures with high-quality material, create a realm, gather resources, crafting blocks, etc, and coming out with a wonderful world which they can flaunt in front of other players.

Cubic Castles allows players to visit other realms and explore their world. They can get inspired, praise and admire other players

The Blockheads is a game set having its base in 2D block base and is an absolutely free sandbox game. The characters of this game are also called Blockheads and are controlled by the users. These characters are able to destroy and create blocks and use material and available resources to turn them into beautifully crafted structures. It has several seasons and weather conditions aligned in the game. And accordingly, users can explore and dig in caves, oceans, mountains, and deserts.

A new world of 3D generation is entirely made with lego bricks and lets you build elaborate and extensive construction. This is what the lego world is all about. Only creativity and imagination is the limit in the Lego world. You can build anything that you can imagine, be it forests full of wild animals, towns with dragons, modern cities, the dinosaur in the lakes, etc. Customization, destruction, building or interaction, everything is very simple and precise

Along with building and crafting, you also get a touch of fun role-playing in Mythruna. An attractive and adventurous world is built in this game with the shape of a voxel. And while doing so you also experience role-playing in a sandbox. It is similar to ROBLOX with an added element of RPG in it

The game had been in updation mode for some days, however, people are not expecting any more updates. Also, still, the game is open for playing. Unlike other expensive games, this game is free for playing

This game again is aligned on the voxel game engine. It allows you to select and play different games available on offer, mod the different games as per your liking and wishes, or also make your own game. You can also play this game with other users who are online.

For beautifying and changing the feel and look of the maps, the developers provide you with a number of texture packs. Also, there is an automatic map generators option available which has set parameters laid down. This can be used if you wish to play in the Auto mode and go with the flow. This game is absolutely free for playing and there are no hidden charges also

KoGaMa has a pixelated and blocky world that makes it games just like Roblox. This game also lets you create your own world right from scratch and is allowed to design the levels and total game as a whole.

The multiplayer mode allows you to participate with other players to add more to your fun and adventure. KoGaMa provides the best of the graphics, simple game mechanism, and is very user friendly. Above all this it is free.

The only version of Wurm unlimited is a sweet fantasy filled sandbox MMORPG. This game has its sources laid down in the medieval era. Wurm unlimited offers you to build, collect resources, mine, and other activities for building a kingdom from the medieval era. There are no limits set for playing whereas the game is a replica to ROBLOX and Minecraft.

The graphics of this game are an advanced version of ROBLOX. The design of this game is simple yet adventurous and has fine animations installed. The expansion of the terrains can go on and on which keeps the players glued to the game. Though crafting takes a longer time but the rewards paid are beneficial.

The users can customize the game at their own will and the server management is totally in their hands. This allows activities like creature count, speed of actions, rate of skill gain to be set freely. Just like the other games, this game also involves collecting resources and building the structures

Roblox has its charm engraved deep in the minds of players. The fun it provides is endless and challenging. Yet there are millions of games that receive their inspiration from ROBLOX. We tried picking up an extensive list of games like Roblox, yet the preferences differ from person to person.

These games are full of entertainment building games and every game has a twist. The games offer you to indulge yourself in the sandbox or make your own world. The tools provide limitless opportunities to virtually enhance your creativity and build your own world block by block or brick by brick.

All these games are worth trying at least once. You never know that may be the next favorite sandbox pastime making you quirky for the game